Successful IoT initiatives can save companies millions of dollars, generate millions in new revenue and improve…

business processes. Research from my firm, Nemertes, found that the enterprises with the most fruitful IoT deployments launched them in the recent past.

However, there’s a price for this prosperity: Most IoT projects are deployed by operational technology (OT) teams without early engagement by IT teams. This ensures that projects are solidly aligned with business objectives, but it means that they may not implement best practices for cybersecurity, architecture or integration with legacy systems.

This price is acceptable in the short term, but over time, it will create complexity and increase the cost of operations thanks to the duplication of resources. Moreover, it creates an incredible amount of vulnerabilities. Many IoT implementations are woefully insecure, due largely to lack of integration with cybersecurity standards and best practices. For starters, enterprises often transport unencrypted IoT data across unprotected networks, and passwords for IoT controllers are often hardcoded by vendors and thus well-known and hackable by perpetrators.

How can IT and OT work more successfully — and securely — together? Here are a few tips and tricks to make that happen.

To sum it all up: Where OT teams need the most support tends to be in having a defined architecture and set of best practices, particularly around IoT infrastructure. Where IT teams can generate the greatest value is showing OT how their systems can quickly and reliably be secured and networked; how and where data can be stored and managed, and how to integrate project-specific data into companywide analytics.

Operationally, IT and OT can work in tandem to support IoT projects, if roles and responsibilities are clearly defined. 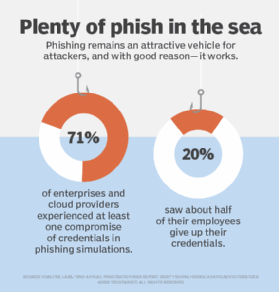