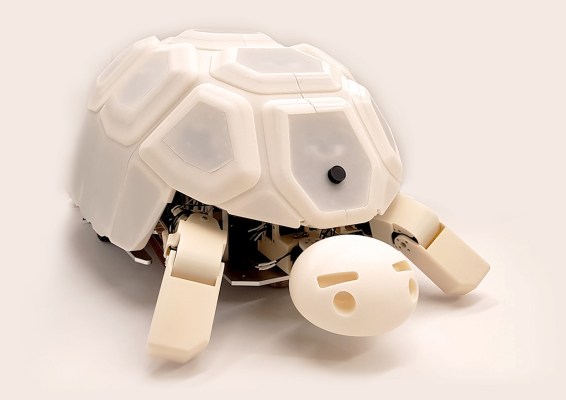 When humanity’s back is against the wall and the robots have us cornered I’d say I’m all for whanging a few with a baseball bat. However, until then, we must be kind to our mechanical brethren and this robotic tortoise will help our kids learn that robot abuse is a bad idea.

Researchers at Naver Labs, KAIST, and Seoul National University created this robot to show kids the consequences of their actions when it comes to robots. Called Shelly, the robot reacts to touches and smacks. When it gets scared it changes color and retracts into its shell. Children learn that if they hit Shelly she will be upset and the only thing missing is a set of bitey jaws.

“When Shelly stops its interaction due to a child’s abusive behavior, the others in the group who wanted to keep playing with Shelly often complained about it, eventually restraining each other’s abusive behavior,” Naver Labs’ Jason J. Choi told IEEE. The study found that Shelly’s reactions reduced the amount of abuse the robot took from angry toddlers.

The researchers showed off Shelly at the ACM/IEEE International Conference on Human Robot Interaction last week.