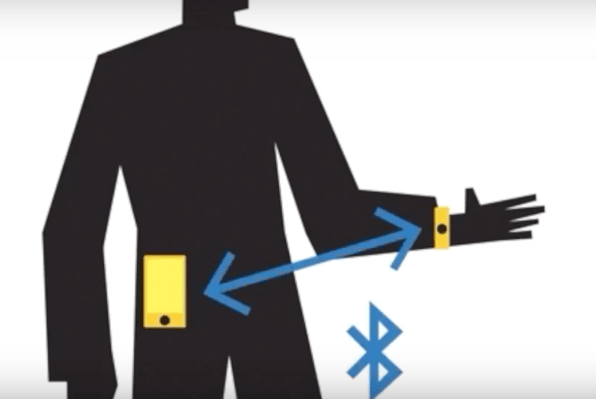 Proxxi is an always-on sensor that buzzes when it gets too close to high voltage electricity. It’s worn by mechanics and electricians and alerts them when they’re approaching something dangerous. The Vancouver-based company just sold out of its initial commercial evaluation units and they’re building a huge business supplying these clever little bracelets to GE, Con Edison, Exelon, Baker Hughes, Schneider Electric and ABB.

The bracelet connects to an app that lets workers silence warnings if they’re working on something that is energized and it also tracks the number of potentially harmful interactions wirelessly. This lets management know exactly where the trouble spots are before they happen. If, for example, it senses many close brushes with highly charged gear it lets management investigate and take care of the problem.

Founded by Richard Sim and Campbell Macdonald, the company has orders for thousands of units, a testament to the must-have nature of their product. They raised $700,000 in angel funding.

“All of this is critical to enterprises looking to mitigate risk from catastrophic injuries: operational disruption, PR nightmare, stock analyst markdowns and insurance premiums,” said Macdonald. “This represents a whole new class of hardware protection for industrial workers who are used to protection being process driven or protective gear like gloves and masks.”

The company began when British Columbia Hydro tasked Sim to research a product that would protect workers from electricity. Macdonald, whose background is in hardware and programming, instead built a prototype and showed it around.

“We initially found that all utilities and electricians wanted this,” he said. “The most exciting thing we have discovered in the last year is that the opportunity is much larger covering manufacturing, oil and gas, and construction.”

The goal is to create something that can be used all day. Unlike other sensors that are used only in dangerous situations, Proxxi is designed to be put on in the morning and taken off at night, after work.

“There are other induction sensors out there, but they are focused on high risk scenarios, ie, people use them when they think they are at risk. The trouble is you can’t tell when you are at risk. You can’t sense that you have made a mistake in the safety process,” said Macdonald. The goal, he said, is to prevent human error and, ultimately, death. Not bad for a wearable.