Outriders, the upcoming sci-fi RPG from People Can Fly, has gotten a few new screenshots that shed a little light on the game (via Twinfinite).

In Outriders, humanity has left Earth behind to seek greener pastures. The alien planet Enoch appeared to be a haven, but a strange occurrence at its centre transformed the human colonists that were exposed to its radiation, giving them superpowers. There are the Pyromancer, Trickster, and Devastator classes, and each possess their own cataclysmic abilities to survive in the harsh environments of this alien world.

It’s a bit Mass Effect meets Destiny. Now, People Can Fly has released a number of 6K resolution screenshots that show off Enoch in all its wonder and horror. Here they are:

“Built inside deep ravines, Rift Town was built as a response to the Anomaly Storms that ravaged the First City. Walking Through the streets of this place, however, reveals the wretched conditions people live in; neighbourhoods of slums and the threat of death in every corner.” “Use your Pyromancer powers to turn all obstacles to ash – including living threats on Enoch.” “Moloch’s Altered powers seem to have twisted him to a wretched being. Barely recognisable as a human, wielding fire with frightening skill.” “The First Human Colony on Enoch has been long abandoned by the authority and most of its inhabitants. Many insurgents now roam here scavenging for scraps whilst navigating through pockets of radiation and monster nests.” 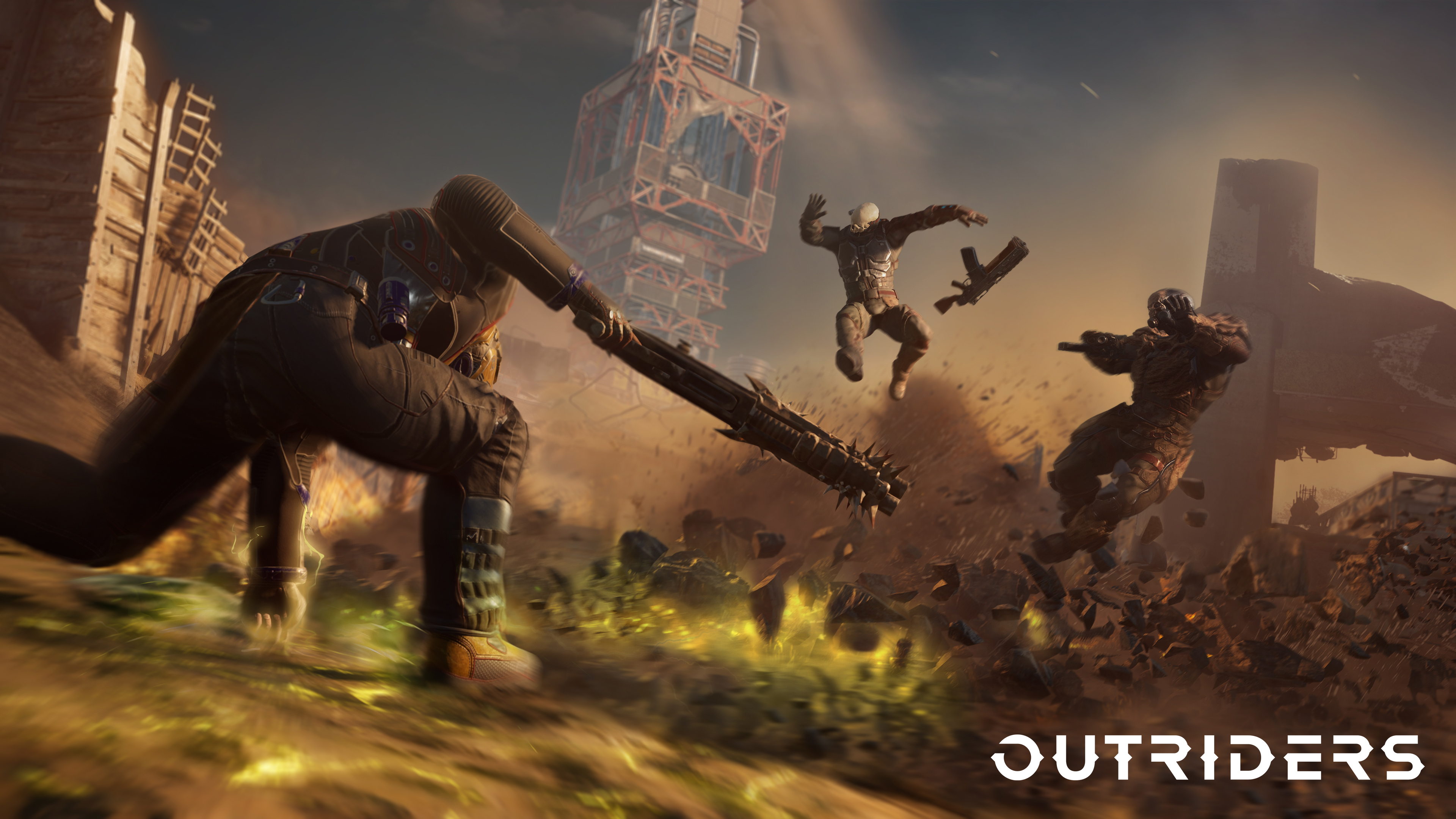 “As a Devastator, take point and defend your allies. Ground and foes alike will tremble as you pass.”

So far, Outriders looks stunning, and the people and places have been ravaged by the trauma of the Anomaly. This will surely offer a gritty and grisly outing to the alien world, once it drops in holiday 2020.

Outriders will launch for PlayStation 5, Xbox Series X, Xbox One, PlayStation 4, and PC later this year.