Producer Jason Blum is into making Get Out 2, but says that it all rests on the shoulders of Jordan Peele, who is reportedly “flirting with the idea.” Get Out was an unexpected smash success that nobody saw coming, including Peele and Blum. The horror film was nominated for numerous awards and Peele ended up winning the Academy Award for Best Original Screenplay, which automatically started rumors about the possibility of a sequel. It looks like Get Out 2 could actually happen under the right circumstances.

In a new interview with Variety, Blumhouse’s Jason Blum teased the idea of Get Out 2 and said that he wouldn’t hesitate to put out a sequel. The first movie made over $255 million worldwide from an initial budget of $4.5 million, which is obviously a massive financial success. It seems pretty obvious as to why Blum would want to get Get Out 2 into theaters. He explains.

“If Jordan wants to do a sequel, I’ll do it in a second, but it has to come from Jordan Peele. I think he’s flirting with the idea.”

Jordan Peele has expressed interest in the idea of returning for a possible Get Out 2. Earlier this year at the Independent Spirit Awards, the writer/director said that he’s “not closed off to a sequel,” but admits that it would have to be with the right story. Peele went on to say that if a “worthy” idea popped up, that they would go ahead and make the sequel. However, if the idea wasn’t right, then then they wouldn’t do it, which is refreshing to hear. He had this to say.

“This is not the kind of movie you make a sequel just to make a sequel and make more money. This movie transcends the business that it did. So if I can get a story that feels worthy as a follow-up in this world, we’ll do it and if not, then absolutely not.”

Jordan Peele is currently working on his next project, Us, which has a release date of March 15th, 2019. There’s not much in the way of information about it, but the mysterious poster says that it’s “a new nightmare.” So, if Get Out 2 is really going to happen, it won’t be until Us is out and the promotional tour is over. Again, that all has to do with whether or not Peele wants to revisit the world of Get Out again or leave it as it is.

While it’s not confirmed that Get Out 2 will happen, it’s nice to know that Jordan Peele isn’t just taking a bunch of cash to throw out a lackluster sequel. He has revealed in the past that there’s more story to tell, but again, it has to be the right story. Needless to say, everybody is going to be keeping a close eye on Us when it hits theaters in March. Who knows, maybe people will end up wanting a sequel to Us instead of a possible Get Out 2. We’ll just have to wait to find out, but in the meantime, you can read the rest of the Jason Blum interview at Variety.

What Happened to Site B and Its Dinosaurs in Jurassic World 2? 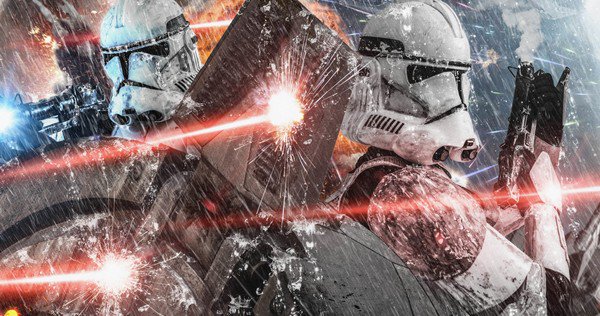 What Happened to Site B and Its Dinosaurs in Jurassic World 2?
Comment