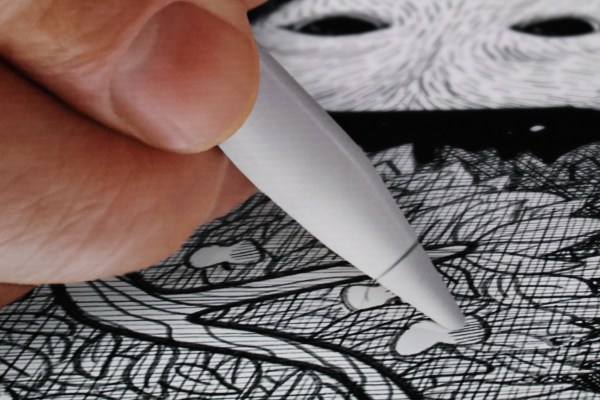 Apple is holding a press conference right now in Chicago. And the company unveiled a brand new device — well, sort of. Apple is going to sell a brand new 9.7-inch iPad that works with the Apple Pencil.

Before today, only (more expensive) iPad Pro models could take advantage of the Pencil. Today’s new iPad will cost $329 for regular consumers. Schools can buy it for $299, just like the previous 9.7-inch iPad.

Based on the introduction video, it looks and works just like the existing 9.7-inch iPad. The bezels are identical and there’s a Touch ID sensor. Apple Pencil support is the only thing that seems new so far on the hardware front.

Existing iPad users will also get new features as Pages, Numbers and Keynote for iOS are all going to be updated to support the Apple Pencil. It’s surprising that those Apple apps haven’t supported the stylus yet, but now it’s possible.

Apple showed some tech specs. This new iPad should have an LTE version, an 8MP camera, all the sensors you’d expect in an iPad and an A10 Fusion chip. This chip first appeared in the iPhone 7. This sounds like a nice upgrade from last year’s iPad but not a true departure from this product line.

Apple also said that there are 200,000 education apps in the App Store right now. The company is trying to position the iPad as a more capable device against Google Chromebooks. And in order to attract schools, Apple is offering 200GB per iCloud account instead of 5GB of free storage.